Maybe tonight will be a wild time as you dance and toss down a drink or two or 30. Or maybe it will be a nice, quiet nod goodbye to the old as you yawn your way to midnight in effort to welcome the new year at home. Either way, here we are at a new milestone in time.

We’re celebrating Hogmanay tonight in our neighborhood--and I’ll be doing well if I can stay awake to the midnight hour. Assuming I manage to keep my eyes open, my First Footing offering is Scottish Black Bun just like last year. You can find my picture and the recipe link here.

May light, warmth and tonight’s festivities chase away mid-winter’s darkness and bring you joy!

It snowed in Tucson the day after Christmas, unusual for us. Although we dream of a white Christmas, our dusting of snow a day later was a happy surprise. 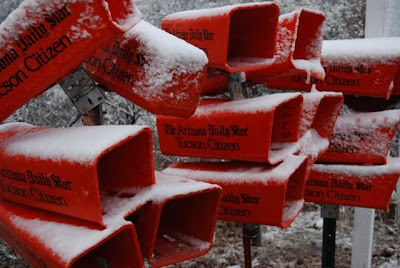 My sisters, nieces, and I shivered our way through Tucson’s many antique stores while our husbands and brother went adventuring into the desert where this photo was taken.

Today we’re back to t-shirts and flip-flops as we enjoy a sunny 74 degrees. We are weather confused here in Tucson.

Entering contests has never really interested me and the old “someone has to win, it may as well be me” thought process never inspired my participation. I’ve changed my mind though (as any self-respecting Gemini would do).

I gave sweepstakes a go over Christmas week. Since I couldn’t sleep, some quiet activity was in order as visiting family slept snug in their beds. Playing around online in the middle of the night brought some sweepstakes fun. 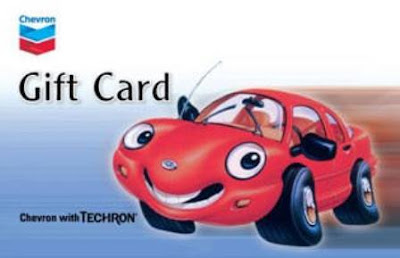 Amazingly, it worked—although the ever-elusive pot of gold has yet to find its way to my house. I actually won a few small sweepstakes prizes—a gas gift card from Chevron and a year’s subscription to Good Housekeeping in Sears’ Search for the Golden Wish Ticket sweepstakes. Thank you to both companies! 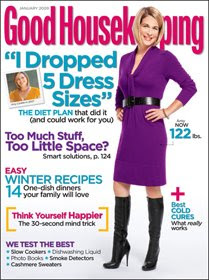 You can find loads of sweepstakes opportunities and tips at Sandra's Contests Blog. Here are a few contests to get you started:

I’ve entered these same sweepstakes. Am I worried about the competition? No, as we can’t predict the sponsor’s methodology for choosing the winning entry. It is what it is, and I’ll settle for the experience of imagining a possible win on my sleepless nights.

NOTE OF CAUTION: I set up a separate email account just for sweepstake entries to keep spam and all the additional notices out of my personal account.

Have you ever won a sweepstakes prize? 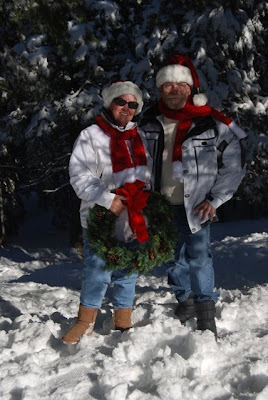 We Wish You a Merry Christmas 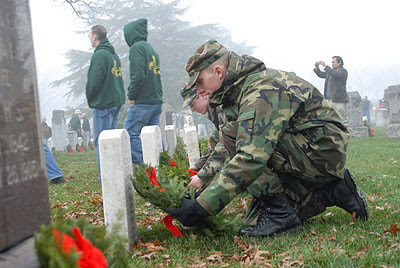 Both of my parents and my husband’s father are buried at Arlington. We are grateful to Worcester Wreath for this special remembrance. Since our parents are already honored, my husband and I wanted to do something in tribute to American military men and women in other veteran cemeteries. 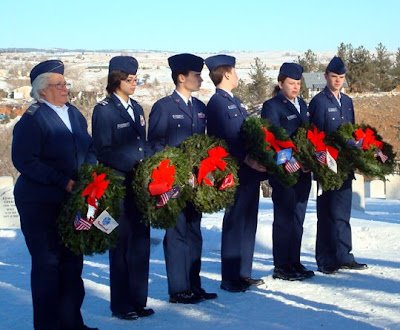 This year we gave a donation to purchase wreaths through Civil Air Patrol SD-068 Crazy Horse Composite Squadron led by Major Vicky Marking. On December 15, the wreaths were placed on the graves of veterans at South Dakota’s Hot Springs National Cemetery. 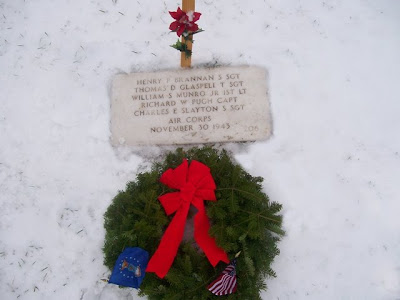 Civil Air Patrol (CAP) squadrons team with Wreaths Across America (WAA) to provide wreaths as a reminder of the sacrifices America's service members gave to their country. Volunteers nationwide place the wreaths in state and national veterans cemeteries, veteran memorials and other designated sites.

WAA is a non-profit corporation (501-C3 status) with a mission to Remember, Honor, and Teach.

Christmas is ready at my house. My holiday preparations pretty much echo last year, check my December archive if you’re interested. 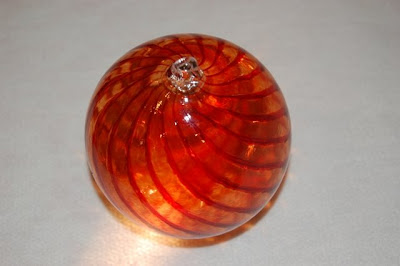 My sister Connie and I hosted our annual Blow Your Own Ball party on Dec. 6; here’s the glass ornament I made this year. 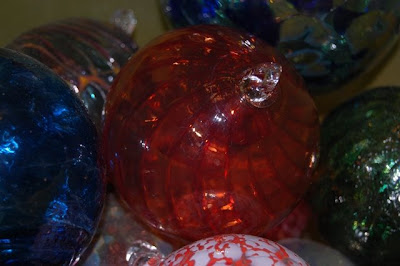 This afternoon we’re taking visiting family members to Sonoran Glass Art Academy so they can make ornaments, too. I'll make and add another ornament to my collection. 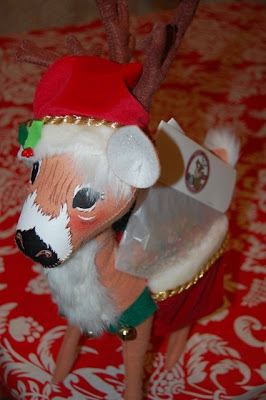 I made a new supply of Magic Reindeer Feed for the young ones in our family and our usual distribution to the neighborhood children is done—my scheduled day to make it had to be moved up because kids were knocking on our door worried they wouldn’t have any to entice the reindeer to bring Santa. 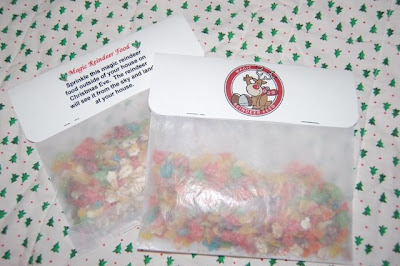 No recipe is needed; I simply use a mix of cheap, colorful cereal and oats. Although you’ll see it listed in various online recipes, please don’t use glitter--it’s not healthy for reindeer (or children and wildlife who might sample the wares). I tuck the feed into glassine bags and created labels using Microsoft Word, then printed them on cardstock.

Rock and Blues Served with Brass and Sass

A blend of rock and blues—what can be better than that? And it’s even better when served with brass and sass which is exactly what we got over the weekend when we went to hear Giant Blue make their debut at the Chicago Bar in Tucson.
Musical talent is naturally a must in a band, but how the performers work together can make or break a group’s efforts. Giant Blue’s eight members, all talented, worked perfectly with each other to put out a vibrant sound that had the audience immediately on their feet and happy. 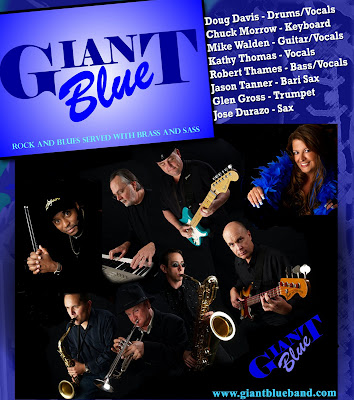 Source: Photo used with the kind permission of Mike Walden of Giant Blue
I loved the energy—from both the band and the audience. The horn section adds a rich depth that makes this group unique in Tucson.
Music ranged from Kathy Thomas’ exquisite vocals on Koko Taylor’s Hound Dog to kick-ass guitarist/vocalist Mike Walden ripping out songs like Santana’s Everybody's Everything. We thought the instrumental rendition of Lou Donaldson’s Hamp's Hump was exemplary and reflects Giant Blue’s celebration of music.
If you live in/near Tucson, don’t miss experiencing Giant Blue; their schedule is posted on their web site.

Today is the shortest day of the year and the longest night. My friend Heidi sent me a cute Winter Solstice card reminding me that this is a good time for reflection. When the sun sets tonight and we light our Yule log in the fireplace, watching the flames will be a wonderful time for reflection. 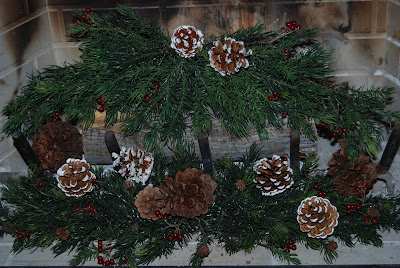 I posted the recipe last year, but here it is again (click to enlarge and print).

Have a wonderful Winter Solstice!

In addition to Junie Moon, my friends and family have other nicknames for me—such as June Bug.

My friend Kristie saw a car yesterday that made her wonder if I’d made drastic changes to mine. It’s the same model Honda CRV I drive, except mine is green. 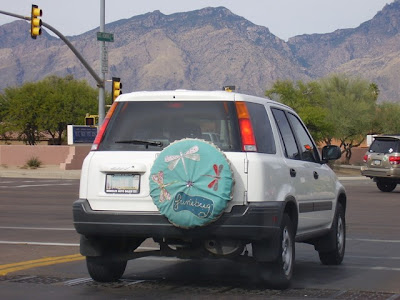 Source: Kristie of Fresh on Fridays; I’ve blurred the license number to protect the owner’s privacy

The owner modified the spare tire cover by adding dragonflies and inscribing “June Bug” across the bottom (click on the picture to enlarge for detail). 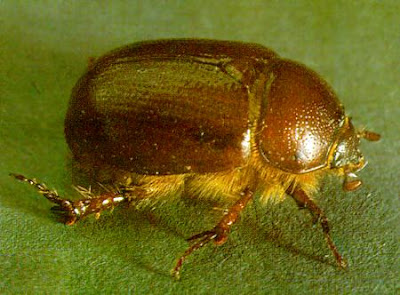 Just in case you want to know what a real June Bug looks like, I found a picture. As you can see, they are not at all attractive. The imaginative dragonflies are a much better choice.

I love that there is someone else in town obviously with the name June. And it’s wonderful how this mysterious but creative “June Bug” personalized her car this way, a fun DIY project that now I’m pondering how to emulate. As best I can tell, the decorative detail is hand-painted and embellished with glitter paint.
Although I’m not the owner of the clever June Bug car, I do have a Christmas wreath on my own car’s front grill. 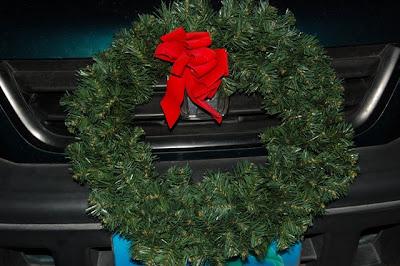 It just goes to show that you can imbue your own personality into anything. Hmmm…perhaps a large spiral on the hubcaps using glow-in-the-dark paint?

It is time for cozy snugness—even here in Tucson where it’s down in the 30s at night. To keep us warm, I’ve just finished making my first full-size quilt. 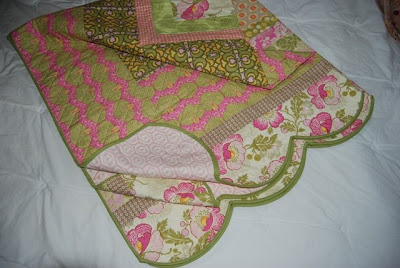 The fabrics are Amy Butler’s Midwest Modern. The colors are more spring-like than winter, but I’m okay with that.

By the way, Amy offers pattern corrections for those projects where she previously called for using Timtex™. You may want to check it out and update your patterns. 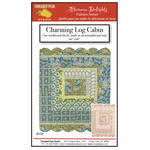 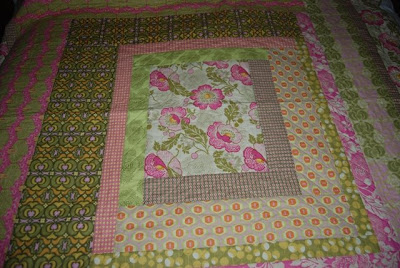 It’s not a fancy or elaborate quilt but perfect for a beginner. The finished size is 66”x88”—as Goldilocks said, “It’s just right.” 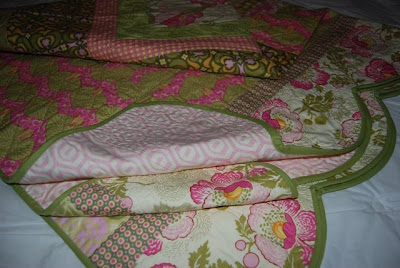 It turned out quite nice, thank you, and will be perfect for my young niece to snuggle under when she’s here at Christmas.

Merry Christmas in Any Language 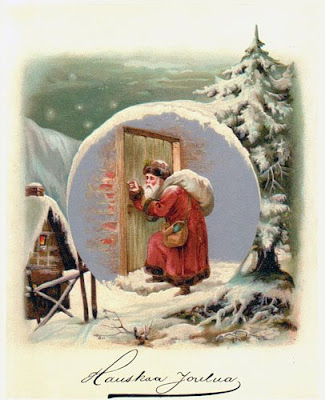 They all say “Merry Christmas”. 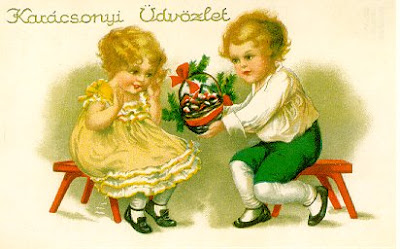 My husband works with a lot of folks from different countries. To be respectful, he personalizes the Christmas cards he writes for each person by saying “Merry Christmas” in their language.

A list of “Merry Christmas” translated to other languages may be found here.

“Path” is a “trodden track or way. A road, way, or track made for a particular purpose” (Answers.com).

This presupposes actually knowing one’s particular purpose; sometimes it’s an act of meandering along while hoping a purpose will eventually make itself known—defined by me as getting through life. Tell me someone who has never made a false turn on their path and I’ll add their name to my Big Liar List. 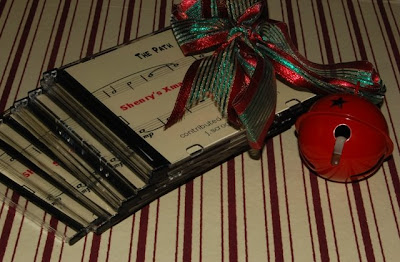 Thus were my thoughts whilst compiling songs for the annual Shenry Christmas CD utilizing the theme “The Path,” make of it what you will. I’ve opted for reflecting my inherent confusion about life’s convoluted path and end with the point at which I am now.

My resulting song compilation is as follows: